The irony of conservation days is that, except for those occasions when we confine ourselves to green woodwork (spoon carving mostly), more destruction happens on conservation days than at any other time, or at least that is what appears to happen.

We could instead say that we intervene into the various habitats, in the hope that we are helping biodiversity – and sometimes we’re just clearing paths.

photo: piles of burdock before being turned into compost

Conservation days take place on the penultimate sunday of the month regularly throughout the year. In the winter months we do dead-hedging and tree work: felling, coppicing, pleaching, pruning. In the summer months, we attempt to use scythes (v difficult and subsequently we’ve broken a few), flame throwing (an apparently more organic way to ‘control’ ‘weeds’), but generally the warmer months are for green wood work and eating outdoors.

This past Sunday ended up being devoted to one particularly charismatic little caterpillar, subsequently identified as a Peacock. Last winter, we singed – ok burned – (accidently of course) a whole colony of them – maybe 30 – who were all hibernating in our outdoor camp stove. We lit it unawares. Luckily for us, Peacock butterflies are widely distributed and not particularly in decline AND the field provides much of their feed and nectar in the form of WEEDS. 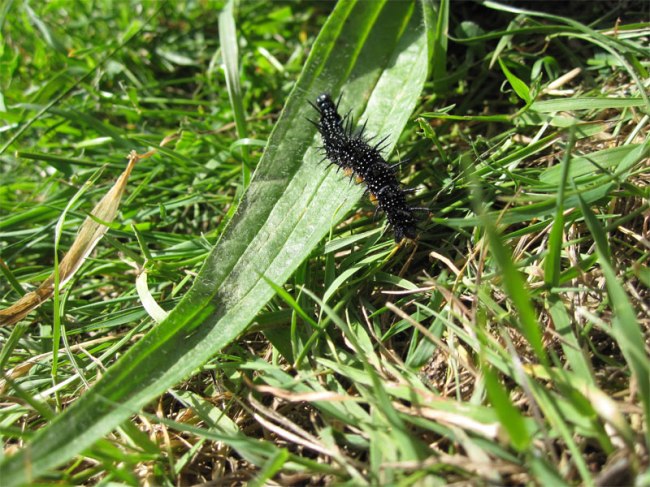